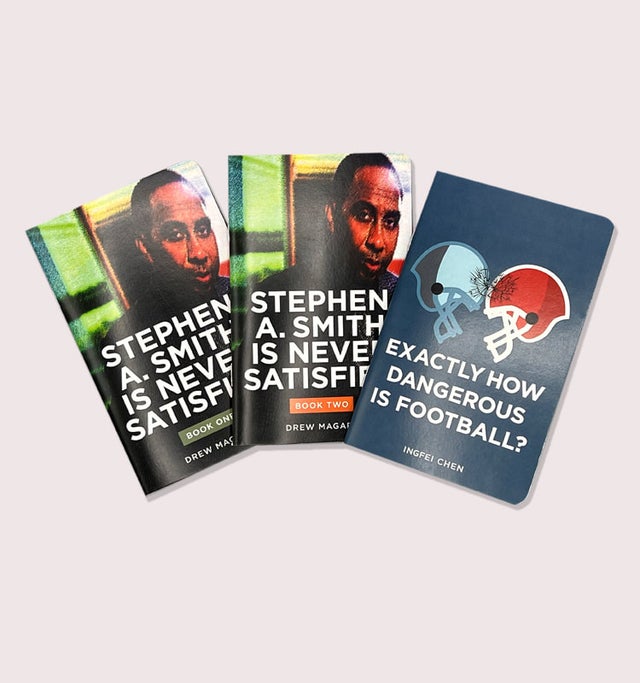 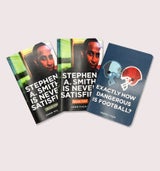 Unapologetic is our latest 3-book series, featuring Stephen A. Smith's plan to stay on top of the sports world at ESPN, and how the NFL has manufactured doubt to discredit the science of brain injuries in football, America's most popular professional sport. It's not personal, it's big business, with billions on the line.

"I am the kind of person who debates you, and I don't give a damn about how you feel." - Stephen A. Smith

Stephen A. Smith is the face of ESPN. He's the man the self-proclaimed "World Leader in Sports" invested tens of millions of dollars to inform, entertain--and occasionally annoy you. Stephen A. has an opinion on just about every subject. He's not only opinionated, he's LOUD.

"My mother said I came out of the womb talking, says Stephen A."

Few people know the decades of work Stephen A. Smith put in to climb to the top, from a reporter covering the murder beat, to sports for a newspaper. Learn how his love for his late-mother shaped his desire to be the best. Smith paid his dues. And now he's not about to let someone brand-new take his shine--or his money.

These books will inspire you. Order now!!!

Book 3 - Exactly How Dangerous is Football?

"The body of evidence linking head trauma to C.T.E. is now damning. It's like smoking and cancer." - Bruce Miller, neurologist & Alzheimer expert.

American football is the most popular professional sport in the United States. There's a buffet of football games broadcast throughout the week, from Sunday, to Monday night, to Thursday night. Advertisers are lining up to pay the NFL billions to show their products during the games.

While everyone is eat nachos and high-fiving after a touchdown or hard hit, parents are debating whether to let their kids play the game because it is the most dangerous spectator sport. The movie Concussion, staring Will Smith in 2015, introduced the public to chronic traumatic encephalopathy (C.T.E.), a type of dementia, which is based on the work of neuropathologist Benent Omalu. Is the game worth the risk?

Mini Books are 52 pages, including the cover. It's the perfect size to put in your pocket, and read on the train, bus, on your lunch break, or just about anywhere you need a break from the distractions of a noisy world.